Check out on Goodreads 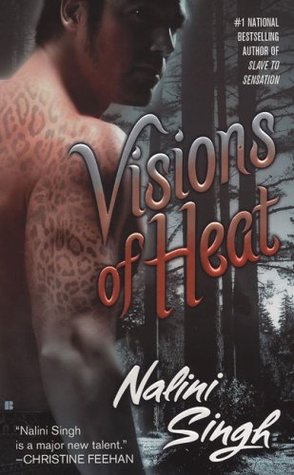 | Shop on Amazon
Genre: Adult | Paranormal Romance | Urban Fantasy | Shifter
Series: Psy-Changeling
Pages: 332 pages, Mass Market Edition
My Rating: 4.5 stars!
Description: Hailed as a major new talent in paranormal romance, Nalini Singh takes us deeper into the world of the Psy and the changelings in her latest extraordinary novel, where a gifted woman sees passion in her future – a passion that is absolutely forbidden by her kind…
Used to cold silence, Faith NightStar is suddenly being tormented by dark visions of blood and murder. A bad sign for anyone, but worse for Faith, an F-Psy with the highly sought after ability to predict the future. Then the visions show her something even more dangerous – aching need…exquisite pleasure. But so powerful is her sight, so fragile the state of her mind, that the very emotions she yearns to embrace could be the end of her.
Changeling Vaughn D’Angelo can take the form of either man or jaguar, but it is his animal side that is overwhelmingly drawn to Faith. The jaguar’s instinct is to claim this woman it finds so utterly fascinating and the man has no argument. But while Vaughn craves sensation and hungers to pleasure Faith in every way, desire is a danger that could snap the last threads of her sanity. And there are Psy who need Faith’s sight for their own purposes. They must keep her silenced – and keep her from Vaughn.

Visions of Heat is the second book in the absolutely sensational Psy-Changeling series – and I’m not joking when I say it may be one of my new all-time favorites. This installment follows Faith NightStar, a Cardinal F-Psy, for foresight. I’ll explain the Psy in a small bit of detail, but my first review Slave to Sensation explains it a bit better. There are three races/species: Human, Changeling and Psy, who have some extraordinary mind power. They can be the ones you know of, like telepathy and telekinesis, and then some others like the ability to give mind viruses and other cool things I can’t properly explain! The Psy also brainwash their children so they don’t feel emotion, done through a program called Silence. The price of showing emotion as an adult is a severe brain wipe, that leaves you able to wipe floors and not much else through what they call “rehabilitation.”

Faith, as an F-Psy, is treated differently from the rest of her race. Her designation of foresight is known to forget to eat for days, and is generally “fragile,” requiring constant surveillance and isolation. Faith lives isolated in her own compound, her apartment bugged and monitored by the M-Psy (medical team) on site for her. As a cardinal F-Psy, meaning she has unmeasurable power, she makes billions from her Clan for her always accurate business predictions. But her powers are developing, and she’s seeing dark, violent visions of murders she can’t stop. She brushes it off as a sign that her Silence conditioning is deteriorating, until she gets confirmation that they were real visions.

And she goes to the leopard pack DarkRiver for help, where she meets Vaughn, a jaguar and senior sentinel for the pack. Faith NightStar, despite what her clan and watchers think, is not a fragile flower. She trains herself to quickly scale the fence, doing it over and over night after night in a security blindspot in preparation or when she has to run from her compound, and has a bite of quick sass that is quite enjoyable. Vaughn himself is a bit of a loner in his Pack. He loves everyone just as much as they love him, but he prefers solitude and time away from people after the traumatic events in his childhood.

Changeling males are really quite fun. They’re the perfect mix of playful, aggressively loving and intensely protective. But they also know their women, and don’t make a habit of underestimating them. Vaughn and Faith are a perfect example of that. They may bicker and tussle (which is part of what makes them so fun together!), going head-to-head about anything and everything, but Vaughn knows his girl and what’s she capable of, even if she doesn’t quite know herself. That kind of love and protection is priceless, and Singh is just a master at that perfect balancing act of Alpha Male and adoring lover / life partner.

“You were in trouble.” A rough accusation. “I could smell it.”
She titled her head to look up at him. “I got myself out.:
HIs eyes were jaguar, but he wasn’t completely gone. “I knew you could.” […]
“Why didn’t you break it?”
“You knew what you were doing.”

Vaughn never shortchanges her, and constantly pushes her to be all the woman she can be, even if it makes his life a bit more difficult. We 👏🏻 love 👏🏻 Vaughn 👏🏻 okay 👏🏻

The tussling and banter between Vaughn and Faith is one of my favorite parts in the book. Hell, it’s always my favorite part when it comes to Psy-Changeling books!! This book does have more of a focus on the Hero&Heroine than most of the books in the series, which makes sense due to the situation, but even then there’s such an underlying sense of community and family and love that honestly makes me THRIVE just reading it. And I know, having read this series already, that it only gets better.

Ms. Singh is just such a master with her writing. These books just fly by, and you don’t even notice how fluid and amazing the writing style is. She manages to instruct with lecture, to teach without giving pages and pages of preaching. Somehow, the explanation comes simple to her, and easy to grasp for the reader, while I struggle to explain what exactly the Psy are in this review – despite knowing exactly what they are. This is my third read-through of the series, after all 😂

And yes, I said THIRD. Ms. Singh remains one of my favorite authors to date – indeed, not just “one of my favorites” but literally in the short list of ACTUAL TOP FAVORITE AUTHORS EVER. She may even be the answer to several “just in case” emergency questions, if you know what I mean… It’s not just the writing that makes it so amazing. Oh hell, it’s all the writing! I’m trying to come up with words to describe it, but I’m not Ms. Singh. She just writes with such a vibrancy and sense of community, it’s equal parts amazing and hard to describe.

I don’t know what else to say other than that you need to get your ass out of your chair ( / couch / whatever you’re sitting on) and pick up a Singh novel. Any of them. I don’t care if it’s this series (although I highly recommend), I don’t care if it’s one of her Guild Hunter books (which follows a vampire hunter in a world of angels and Archangels that’s very fun) or one of her romances books (which are amazing). Just read something, I promise you won’t regret. (My Review of Book 1 | My Review of Book 3) 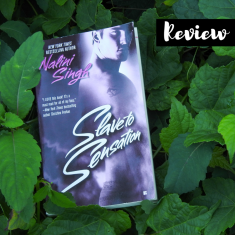 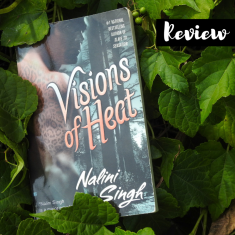 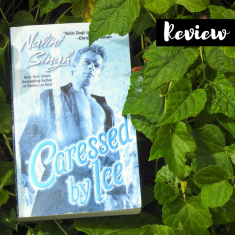 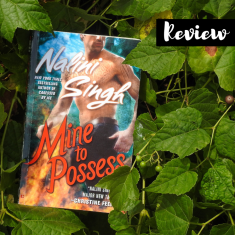 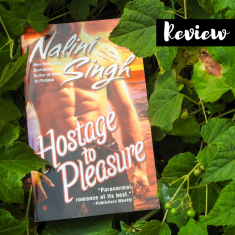 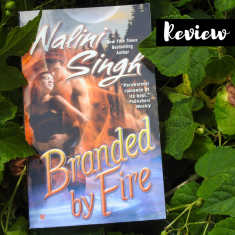 Have you read this series? What are some of your favorite urban fantasy / paranormal romances? Let me know in the comments below, I’d love to hear from you!